The Enviro Doctors are Mould Remediation and Asbestos Removal Specialists in Winnipeg.

At the Enviro Doctors we don't give you the same mould story. We believe education is as important as remediation. Here are some tips to help you understand some mould basics, most importantly, take advantage of the free Air Quality Test that we offer...

In Winnipeg and throughout Manitoba… there was widespread use of asbestos in building materials, right up until the late eighties. From ceiling and floor tiles, to insulation. Not surprisingly, asbestos is now the number one issue facing those who are renovating homes constructed in that era...

When your home needs a lift, whether you are renovating, rebuilding, or just need some cleanup, we can perform professional demolition of interior walls, ceilings, floors, kitchens, bathrooms, basements & more.  And, of course, are qualified to deal with mould remediation or asbestos removal needs that may emerge, so you don’t have to call in another contractor.

Whether you are a small company or a large factory, we can perform professional demolition of all sizes - interior walls, ceilings, floors, & more.  And, of course, are qualified to deal with mould remediation or asbestos removal needs that may emerge, so you don’t have to call in a whole other team.

WE ARE A LEADING MOULD AND ASBESTOS REMOVAL COMPANY IN WINNIPEG – AND WE ARE NOW HIRING!

Our true sales force is made up of hundreds of home and business owners throughout Manitoba, Saskatchewan and Northwestern Ontario, who have hired our services over the years. It’s best you hear about it … straight from them ….

We are a proud Canadian company with 100% Winnipeg, Manitoba roots.  Our founder, David Ganetsky, prides himself in that aspect, including the fact that the environmentally-friendly formula we use for mould removal was developed in a Winnipeg laboratory.  We offer free air quality testing, including a follow-up test ninety days after completion of the work (we call it "our fresh air guarantee"). For general inquiries, we can be reached by phone at 204-890-4567 or via email at [email protected]

WE ARE EXPERT IN … 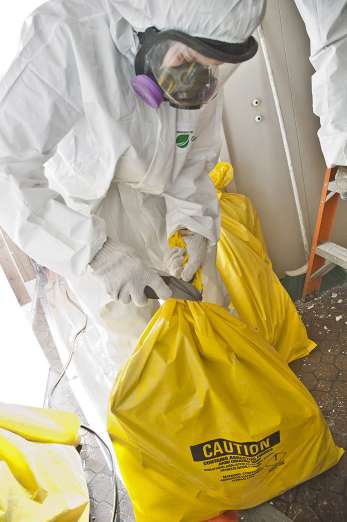 WE ARE A LEADING MOULD AND ASBESTOS REMOVAL COMPANY IN WINNIPEG - AND WE ARE NOW HIRING!

David Ganetsky has always been an entrepreneur. While consulting in the mould remediation industry in Winnipeg in 2010, he made some intriguing discoveries..

ENTER THE MOULD AND ASBESTOS SPECIALIST.

David's mindset was that something harmful should not be used to kill something that was already harmful. Furthermore, customers shouldn't be required to leave their home or business for extended periods of time while the work was being done. So, he set out to find a better way, and began developing a product without chemicals.

After much research and mixing recipes with a biochemist, they were able to come up with a liquid product that was totally chemical free and ecologically friendly. More importantly, it was 99.99% effective in the treatment of all the different types of mould.

AND THE ENVIRO DOCTORS WERE BORN!

As a result of that discovery, David launched 'The Mould Doctor's' in 2014. In due course, he developed a growing list of satisfied customers. People who had previously been accustomed to waking up congested, tired and lethargic, were now getting a good night’s sleep. Result after result, coupled with ongoing lab testing, proved that this environmentally-friendly, non-toxic solution worked.

After a number of years, the company became aware of yet another health threat that was present in many older buildings: Asbestos. Using David's rule of "research-first", they discovered that the abatement process was highly-specialized and dangerous, with very few experts in the field. So the next step was to get the proper training and hire individuals with some experience to become a part of their team.

THE ENVIRO DOCTOR IS IN.

Today, asbestos-testing and asbestos-related contracts are a large part of the company's business. So much so, that another re-branding of the company took place in May of 2018, when The Enviro Doctors was born.

In addition to mould remediation and asbestos abatement, other complimentary services are offered including:

CSAM - (Construction Safety Association of Manitoba) - http://www.constructionsafety.ca/ - As members, we have access to resources and training to help us maintain a safe workplace environment.

Manitoba Home Builders' Association - https://www.homebuilders.mb.ca/ - We are a proud partner providing the association as well as home builders the latest information in our industry.

PPMA - Professional Property Managers Association - https://www.ppmamanitoba.com/ - Building owners and managers can rely on our experience and excellent credentials to ensure their projects are completed professionally, on time and on budget.

WCB - (Workers Compensation Board of Manitoba) - https://www.wcb.mb.ca/ - We are a member in good standing. We take the health and well being of our employees very seriously, therefore providing insurance coverage for them through the WCB.

Winnipeg Realtors - https://www.winnipegrealtors.ca/ - We are a proud business partner, providing the association, as well as home buyers and sellers with the latest information and expertise in our industry.

THE ENVIRO DOCTORS ARE HERE FOR YOU!

Whether you simply need more information, or you have an emergency situation, our twenty-four hour response centre is at your service.